A Recent Study Suggests, Ideal Climatic Conditions Might Have Aided Coronavirus Thrive at its Onset 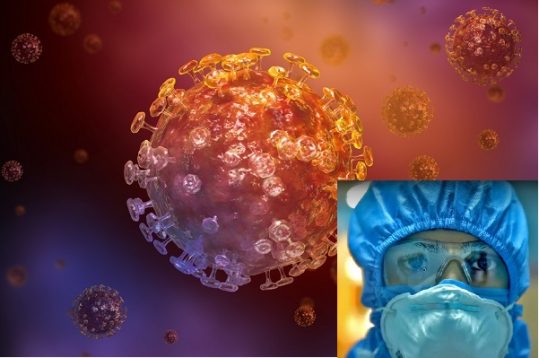 Recently China published a study that offers a clear understanding of how weather, especially the climatic conditions during the summer have an effect on the transmission of the novel coronavirus.

The researchers of the Chengdu University of Information Technology, China released a publication in which the monthly average temperature of all the Chines provinces was analyzed. The downward short-wave UV radiation and humidity of these provinces were checked when the coronavirus outbreak was at its initial stage.

This study along with some more similar studies analyzed how the climatic conditions would impact the transmission of Covid-19 causing pathogen, SARS CoV-2.

Chengdu researchers mentioned that the implementations of their findings were not complete, but the results reveal that certain climatic conditions have boosted the spread of coronavirus throughout the world.

They used the data from the European Center for Long-Term Weather Forecast (ECMWF) to compare the climatic conditions with the number of Covid-19 positive cases in every province of China for the months of January and February. Their findings show that there are three types of meteorological conditions in which Covid-19 spreads excessively.

UV light from the sun, excessive humidity, and temperature. Chinese provinces that had temperatures between 0 and 10 degrees° C or 32 to 50°F had the highest number of Covid-19 positive cases.

Situated at a high altitude of 4000 m, the Qinghai-Tibet Plateau, also referred to as the Roof of the World always has a strong solar radiation. This plateau covers a vast area of 965,000 square miles and is located in the southwest part of China. It receives a high amount of UV-B radiations when they reach the surface of the plateau.

The altitude of the area is not just the factor affecting the solar radiation. It is the number of clouds and the thickness that are significant in determining the downward shortwave UV radiation emitted by the sun that reaches the surface of the earth.

The weather in the northwest is clear and has lesser clouds in the sky. It is a dry and arid region, and this region experiences the highest radiation compared to the other regions of China, the researchers said. This is why it would be difficult for the Covid-19 virus to spread excessively in the plateau of southwest and this arid region in the northwest because of the high UV-B radiations they are exposed to, they are added.

The results of this research revealed about a connection between the regions that reported a lesser number of cases that are situated at high altitudes and received high UV-B radiations.

The main author of this research, Xiaohang Wen, mentioned that these findings are not just applicable to the Chinese territories but for the entire world.

The researchers say that these findings will help in understanding the growth of viruses, especially at its initial stage. Along with this, the findings from their study will help the people globally to deal with this in future.

Wen, says the virus will possibly begin spreading in South America in the month of July and August. Along with this, the countries located in the Northern hemisphere will experience the outbreak once again in October and November.

Studies similar to that of Wen and his team, have also focused on these factors, especially UV radiation. As per a compiled data for the beginning of this year it was seen that there was a continuous increase in the UV rays in all big cities, as winters came to end. Studies also suggest that lack of UV radiation and Vitamin D received from the exposure of the sun can be the cause of severity in the spread of the Covid-19 disease in specific parts of the world.

Meteorologist Michael Steinberg, reveals that there are various factors which define the amount or strength of UV radiations that reach the Earth, and seasonality is one of the most significant factors.

Even though the UV radiation released by the sun is constant, the amount that reaches the Earth differs because of the factors. It is mainly blocked by the ozone layer surrounding the Earth, certain clouds that are very thick, surface elevation, pressure to a certain degree, humidity, and some others. The most important factors amongst all these are time of the year, time of the day, and latitude. These three together are the most significant factors that determine the level of UV radiation and the amount is determined by other factors that are mentioned.

The findings of Chengdu researchers and some other studies related to the spread of influenza reveal that if the weather is favorable for even just a month, it can highly impact the spread of the virus and lower the transmission.

The authors of the study also revealed that understanding the environmental factors predominant in the widespread of Covid-19 will help in forecasting the potential risks of the global spread of this pandemic and help in providing support for its prevention and monitoring of countries across the globe.

The researchers collected data from all the provinces of China to evaluate how the shift in meteorological conditions is connected with the number of positive Covid-19 cases in that particular province.

Steinberg says, that when the summers of the United States is taken into consideration, the temperature, levels of humidity and UV radiation will be much higher than what they were in the winters at the time when Covid-19 outbreak began. These factors should help lowering the spread of this disease if the findings of the researchers are true.

Along with the rise in humidity, there is an increase in the solar radiation also in the summer of the United States.

The difference in the season is much more in areas of higher latitudes but throughout the United States, the UV index on an average would probably be between 8 and 9 during the summer and between 2 and 3 in the winters.

Referring to the earlier studies that reveal most enclosed viruses like the coronaviruses display ‘strong seasonality’ because the virus particles oily coating hardens.

This oily coating of the viruses is softened in humid and warm conditions. It also doesn’t let the respiratory droplets float in the air for long instead, they fall on the ground in the summers.

Dr. Jeremy Rossman from Kent University says, the summers in the United States will help in reducing the spread of coronavirus as the humidity levels have a high impact on the respiratory droplets. The nation would experience a reduction in the transmission of SARS CoV-19 pathogen in summers. Although this wouldn’t be as effective in stopping the virus completely but it would definitely help in containment measures.

The Chengdu authors of the study have mentioned several factors other than the climate that add to the increase in the spread of the virus, such as population density, virus mutation, population movement, etc. They did analyze these points and said that the weather patterns and meteorological data points should be considered as the main point of focus in the forthcoming studies to get a better picture of Covid-19’s spread.

The researchers look forward to creating a mathematical model that would predict seasonal or daily rates of incidence by taking into consideration radiation, highest temperature air pressure, humidity, minimum temperature, population density and population transmission, they mentioned as they closed their paper.

By bettering their understanding about the impact of meteorological factors on the transmission of this pandemic, a scientific control system can be made to lower the risk of virus transmission globally.

Disclaimer: This content including advice provides generic information only. It is in no way a substitute for qualified medical opinion. Always consult a specialist or your own doctor for more information. Anti Vibration Technologies does not claim responsibility for this information.