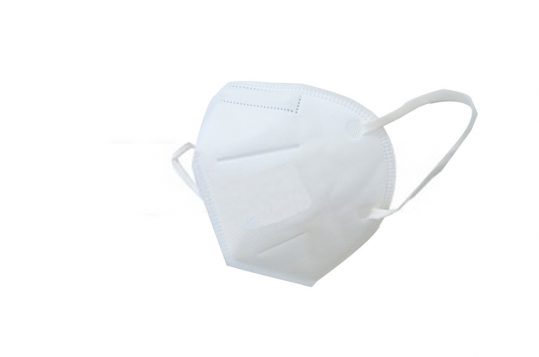 According to Louis Bettencourt, a researcher in Urban science and Ecology and Evolution who leads the Mansueto Institute for Urban Innovation at the University of Chicago said that this represents only some parts of the pandemic. He reasons that even though the disease is spreading faster in big cities, it’s the big cities that are well-endowed with the facilities of socioeconomic institutions and great infrastructural facilities to respond powerfully and rapidly to the spread of disease along with regulating social distancing measures and maximizing the frequency and intensity of services provided by the healthcare systems.

He believes that the large cities are being hit by the pandemic first and faster, and they are equally responsible as well to fight it off. If the cities’ pace of response matches the challenge then they can pass through this first phase of the pandemic faster, and it also shows that they are better prepared for the future. However, if the cities do not respond rapidly and accurately, then the place who hasn’t been affected by the disease at all may also be overwhelmed.

Between March 13 to 24, the new pre-print paper examined more than 200 US metropolitan areas and collected data about the pace of the spread of the Covid-19 disease.

Within the aforesaid timeframe, the researchers aggregated country-level data to the city-level by subtracting the total number of deaths to get approximate data about the number of early active cases. It was estimated that some of the elevated rate of growth and spread of virus were observed in the Chicago land area (43%), New York-Newark-New Jersey area (roughly 50% per day), the greater Los Angeles area (28%), and the Seattle area (15%).

Marc Berman, a professor in the psychology department, believes that the density of the city determines the spread of the disease. The estimate is entirely based on intuition; however, it is necessary to put numbers behind it. This forms an important part of the evidence from a public policy standpoint as these reflect on the seriousness of the politicians in the matter. As per the data collected, the people residing in the larger cities have to be more careful and have to act faster and practice social distancing fiercely.

Andrew Stier, a doctoral student, further added up that simultaneously whilst practicing social distancing it is also important for the people to keep in touch with their social contacts possibly through the means of technology. The social networks which are intense, diverse, and rich in nature is what make the cities so great.

Some new researches were conducted and those came up with the view that once the Covid-19 disease outbreak is contained, the smaller cities are more likely to return to their pace of living and kickstart their economic activities faster than the big cities. However, it’s important to understand that we cannot rely on these facts entirely depending upon the disparity in responses from one city to another city and the potential of transmission between different cities.

The Bettencourt takeaway on this is that the path towards achieving normality will be placing specific, taking into account the pace the spread of the disease is taking place and the speed and the effectiveness of the response. This means that the effects of the Covid-19 pandemic with being different on a local level even for those places in the world that haven’t been affected by this virus at all.

Currently, Bettencourt is examining data and conducting studies to find out and reveal to the world how effectively the countermeasures activities are bringing out positive results in the big cities over the United States as well as in the other parts of the world.

According to Bettencourt, this problem is not a monolithic problem. He further adds that the rate of attack of Covid-19 is worse in some areas, but the counter-response to the disease might also be stronger in different places. The point at which these two factors match is the point where we will be able to find the appropriate solutions to the greatest of the problems.

How Religious Groups are adapting to the Pandemic?
The pandemic has caused everything to come at rest. For the first time in history, the places of worship are closed as well and so daily and weekly services at churches, synagogues, mosques, and temples have transitioned to take place at home along with all the family members.

Some experts from the Michigan State University’s religious study department have conducted studies to show how different religions are continuing with their centuries-long tradition while adhering to the guidelines of social distancing and how they have incorporated technology in their lives to allow people to continue worshipping.

Daily Prayers for Muslims
Mohammad Khalil, Professor of the Religious Studies and the director of the Muslim Studies program says that throughout the United States and the World, Friday prayers got canceled at mosques in respect of social distancing norms. This is the first time in history that is the mosques have been closed and the Friday prayer services canceled.

He further adds that the mosques which use to typically remain open for five daily prayers and people who used to visit mosques for worshipping and praying congregational prayers daily are now either are praying individually or with their families. Also, some mosques have started to stream devotional lectures online at the time of the prayer. They are acting carefully and not referring to this form of prayer as Friday prayer or Jumah as there is a slight possibility that people might physically come together to perform this particular weekly prayer. Besides using the technology for praying, some of the Muslim people have also started to use it as a medium to raise funds and provide services for the people who are in need.

Jewish Laws and Zoom
Laura Yares, assistant professor of the Religious Studies at Michigan University tells that most of the American Jews have begun to continue their religious practices and community gathering such as song singing and making young children learn Talmud from adults through online platforms keeping in mind the current health crisis scenario.

According to the traditional Jewish Laws 10 adult makes are required to be physically present for carrying out the prayer services. However, taking into account the present health crisis, they have been forced to do an exclusive reframing of Jewish law and to think about considering technology as the new modality of the physical presence. Now people have begun to incorporate 10 people in the “Zoom room” as a mark of physical presence for conducting prayer.

Passover started on 8th April whose celebration is marked by gathering of family and friends for Passover Seder. The traditional Jewish laws are strict and regulate prohibition on the use of technology however the current condition has caused the Jewish law to reconsider in this area as well.

The highest value in the Judaism is the value of preserving human life and according to them staying alone for Passover Seder holiday is contemplated to be a source of threat for both physical and mental health therefore many Jews chose to adapt to their typical practice and conducted virtual seders by making use of technology like Zoom and Google Hangouts.

Buddhism Online
Arthur Versluis, Professor and the chair of the Religious Studies Department says that the American Buddhism were technologically savvy even before the oncoming of the novel coronavirus, therefore, most of the groups and organization could easily switch to online meditation workshops and seminars.

Many groups and organizational events which would have been earlier hosted in a particular Buddhist center were conducted both in-person as well as streamed online and therefore current pandemic situation did not pose many problems to the Buddhist culture. For instance, there is a Tibetan Buddhist center situated in Ann Arbor, whose events were immediately switched over to the online mode as soon as the virus became an issue. This was proven to be beneficial for the American Buddhist practitioners.

The sounds of Religious Diversity
Amy DeRogatis, Professor of Religion and American culture at Ohio State University in collaboration with Michigan State University, lead the American Religious Sounds Project, which educates the public about American religious diversity by listening to its sounds. It consists of a collection of recordings of various formal and informal sounds of various religious institutions, including prayer, chanting hymns from different places of worship such as mosques, chapels, etc.

Currently, they are trying to crowd-source the religious sounds of the Covid-19 and expect to hear the different ways in which the different religions are responding to the pandemic especially with major holidays coming up soon. We welcome those who wish to participate and contribute their share of experience of participating in a religious community virtually or those who like to share their views on how the pandemic has affected their religious or spiritual practices.

Disclaimer: This content including advice provides generic information only. It is in no way a substitute for qualified medical opinion. Always consult a specialist or your own doctor for more information. Anti Vibration Technologies does not claim responsibility for this information.